‘If Love Could Have Saved You’ Magnet

Welcome to Our Shop > In Memory 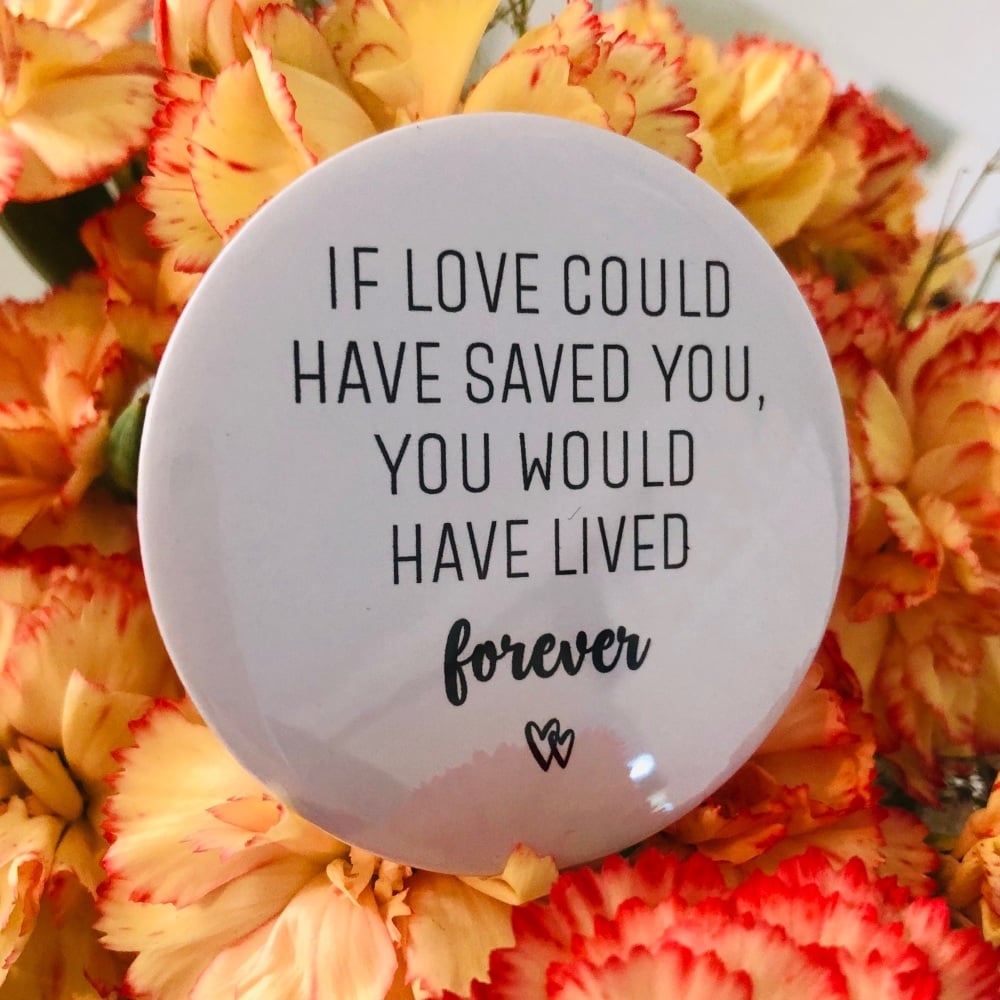 ‘If Love Could Have Saved You, You Would Have Lived Forever' 58mm Fridge Magnet

All proceeds from the sale of this item between 3rd November 2020 and Ezra's 1st Birthday on 3rd February 2021 is being donated to Ezra's Legacy in his memory.

Please see his story below as shared by his Mummy:

"In February this year I gave birth at 38 weeks after a difficult pregnancy. I took myself to hospital weekly throughout the third trimester because I was so unwell, but just kept being told I was just struggling with my first pregnancy and nothing was actually wrong.

Even once Ezra was born, he was checked over and passed all his checks so was given to me to try breastfeeding. 2 hours after he was born he was taken to NICU due to grunting, just as a precaution. 16 hours after he was born he passed away. The doctors in NICU were absolute superheroes, but no one knew what was wrong with him. It wasn’t until his postmortem that we found out he was born with Leukaemia. None of the doctors had ever seen it before, and no one knew how to help him. His condition was rare, but there is so little research into childhood cancers as so little funding goes into it!

We set out to raise £5k for Children with Cancer UK by Ezras 1st Birthday on 3rd February 2021. The fundraiser goes direct to the charity who I have been working closely with, throughout the year. Thankyou.’ Chloe Simmons"

Recommend this to a friend  +